Following the takeover of Assam by the British East India Company in 1826, the region witnessed brisk missionary activity. Of the many missionary dispensations the one led by the Welsh came to have considerable presence in colonial Sylhet and Cachar (Surma Valley), the two Bangla speaking districts of the province, by the end of the nineteenth century. Undoubtedly, the mission to evangelize was what led the members of the Welsh Calvinist Methodist Church (also known as the Presbyterian Church of Wales) to travel to foreign parts. The conversion mission, however, went hand in hand with efforts, among others, to impart education, encourage the growth of vernaculars, build institutions of learning and generate awareness about healthcare among the populace.

Having worked extensively in the adjoining Khasi Hills since the 1840’s – the Khasi Hills, just as Sylhet and Cachar, became an administrative unit of Assam in 1874 – the Welsh Calvinist Methodist Church (WCMC) had quite a long and impressive history in the region. As a chronicler of Welsh missionary activities in Assam writes: ‘[T]he Welsh missionaries served faithfully … in Sylhet-Cachar plains and Hills. They introduced education by opening schools. They opened boys and girls schools in the town and also in the villages. They also taught practical subjects like cookery, housekeeping, child welfare, care of the sick, hygiene, needle work and weaving to the Indian and (now) Bangladeshi girls. They opened teacher training schools, the lady missionaries worked among the zenanas …. The missionaries tried their best to uplift the Namasudras in various ways’ (Vanlalchhunga 2003 [Preface]; also see Morris 1996; Passah 1998). In fact, women’s education was central to the missionary efforts: while Sylhet town had two (one for girls) Welsh missionary run schools – established by the Pryse couple – by the 1850s, Silchar (Cachar) had one (again, for girls) by the time the century drew to a close.

Undoubtedly, it was to the credit of WCMC that the culture of women’s literacy spread in the Surma Valley. However, it must be noted that the Brahmo initiatives or the individual contributions of the likes of Pandita Ramabai, who married and lived in the valley in the 1880s, were no less important (see, for example, Bhattacharjee 2002). The strishiksha (women’s education) programme launched and carried out by the Bipin Chandra Pal, Sundari Mohan Das, Maulana Abdul Karim, Reverend Jayagovinda Shome and others led Srihatta Sammilani (Sylhet Union), Calcutta played a major role too. Steadfast in its resolve, the Srihatta Sammilani (Sylhet Union) not only supported the establishment of schools for girls but more importantly, arranged annual examinations and merit awards for the non-school going, antthapurbashini mahilagan (home-confined women) of Surma Valley. Interestingly, it also encouraged, thanks to Dr. Sundari Mohan Das, the ‘spread of knowledge related to mother and child health, obstetrics and midwifery’ (Bhattacharjee 1988: 11 [translation mine]) among the region’s women folk. Indeed, Das would later, in the 1920s, go on to write the famous treatise on obstetrics entitled Briddha Dhatrir Rojnamcha (see, for example, Bhattacharjee 2012).

In 1916, a young Jane Helen Rowlands arrived as a missionary of the WCMC in the Sylhet (and Cachar) plains. Thus began a long career devoted to missionary work and, most importantly, engagement with women’s welfare and education – as a linguist and teacher – in the region. Born on April 3, 1891 in Menai Bridge, Anglesey, Wales, Rowlands was the youngest child of Captain Jabez and Martha Rowlands. The family was one of ardent believers and it was not surprising that her brothers – two of them – took to joining the ministry. Eventually Rowlands would also do so but not before she completed an honours degree in French from the University College of North Wales in 1911. After a brief (and incomplete) stint at the University of Cambridge, she began teaching French in 1912. 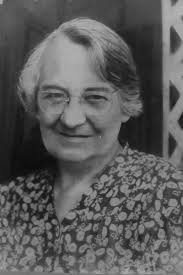 In 1913 she was appointed to teach at a girls’ school in Newtown, Wales. Influenced at an early age by Thomas Charles Williams, a minister in Menai Bridge, Rowlands throughout the period remained in contact with him. Consequently, her involvement in church work grew. In 1915, the final decision to become a missionary was made. Following a short training course at St. Colm’s College, Edinburgh she sailed from Liverpool for India on October 23, 1916. Reaching India on November 28, Rowlands headed to Sylhet (and Cachar) where her missionary work was to begin and finally end, with her death, in 1955.

In April 1918, Rowlands, already a devoted enthusiast of women’s welfare in general and their education in particular, was appointed headmistress of the Williams Memorial School for girls.  Fluent by that time in the Bangla language, she displayed great abilities to teach (also how to knit and sew to the girls) and organize. In course of time, her brilliant linguistic skills attracted widespread attention. In 1926 Rowlands completed the post-graduate degree in Indian vernaculars from the University of Calcutta. During a furlough to Wales in 1930, she decided to pursue a doctorate in the Bangla language from the University of Sorbonne, Paris. In that regard she had the support of none less than Suniti Kumar Chattopadhyay, the famous Indian linguist.

After the completion and award of the degree of Doctor of Letters, Rowlands was offered chairs and teaching positions in universities across the world. Interestingly, she declined all except the one that the Karimganj College, Karimganj, Assam offered. ‘She served as an honorary teacher in the Departments of Philosophy and English in … Karimganj College …. She occasionally delivered some lectures in the Bengali department as well’ (Ghosh 1996:113). Karimganj, a small town in southern Assam, was part of Sylhet till 1947. After partition and independence it became part of the Cachar district of Assam. 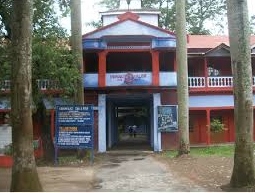 Rowlands could, as mentioned, never let Sylhet go – it officially did join Pakistan in 1947 – and hence, continued to stay on in Karimganj (a slice of which fell on the Indian side). In time, she established Dipti Nibash (Home of Light), a home for widows and orphans of the area.

She continued with her writing: her book in French entitled La Femme Bengalie dans la Litterature du Moyen-Age (Bengali Women in Medieval Literature) was published from Paris in 1930 and remains widely cited, for instance, in the works of Anne Pearson, Anne Gold, June McDaniel and many others. She also published evangelical (WCMC) works and relentlessly continued to train poor, rural women to become self-reliant. The economic independence of women, Rowland ardently believed, was the mainstay of a just, egalitarian and free social order. No wonder she dreamt of and struggled for it all her life.

‘Helen Rowlands was a truly notable person, who reached scholastic heights, and mixed with people of note. She read from Scripture in Gandhi’s memorial service, and she knew the Indian poet, Rabindranath Tagore, translating some of his work into English and Welsh. But … she chose to serve others, to take up a … position to help the weak and the poor’ (Rees 2002:206). Rowlands’ fight against the caste system and patriarchy in early twentieth century India, as also her contribution to education and the Bangla language and literature, certainly calls for a deeper exploration of her life. The Jane Helen Rowlands (Missionary) Papers, 1921-1947, held by the Anglesey Archives, Wales will help us begin that on the multi-faceted, but nearly forgotten, woman missionary of Assam. 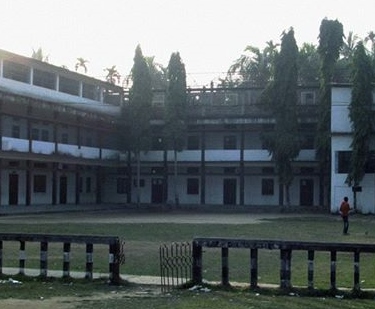 Dr. Jane Helen Rowlands, the last European missionary of Karimganj, lies buried in the town for sixty years now. But the Karimganj College would never let her die. She smiles from a large photograph in the principal’s chamber and makes her presence felt in the library named (Rowlands Hall) after her. As for the town, it is hard not to hear of or pass by the Rowlands Memorial High School while walking about it.

Vanlalchhunga, Rev. (compiled). 2003. Reports of the Foreign Mission of the Presbyterian Church of Wales on Sylhet-Bangladesh and Cachar-India, 1886-1955. Silchar: Shalom Publications.

3 responses to “JANE HELEN ROWLANDS: PORTRAIT OF A WELSH-BENGALI LIFE”