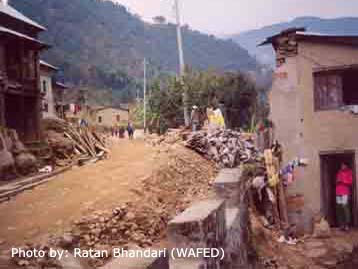 In this water-hungry valley
Where an eagle brings down a Himalayan plane
Where a small girl begs for money with an appeal notice
Where roads are parched with extreme thirst
We dream of Melamchi, a rare disease we’ve been suffering.

There’s no fairy mother to transform our wretchedness
Into the sky-kissing metropolis,
There’s no clock to strike twelve
To announce the beginning of a prosperous age,
And no pumpkin to lead us toward Nirvana –
We dream of Melamchi, a rare disease we’ve been suffering.

I hear a big tunnel is built
Through the stiff hills,
Maybe one day, the sky too will stop weeping
When it sees Melamchi oozing in Kathmandu;
In this dehydrated city,
Where children are fatherless
And women sell their bodies
Where men beat their wives,
I am a prophet with no prophecies to make,
We dream of Melamchi, a rare disease we’ve been suffering.

One response to “Melamchi: A Fairy Tale”